Our commitment, passion, and professionalism allows our customers to “forget” about the management of the class C parts. We aim to become a reference point, well known in the market, able to innovate to anticipate its needs. A push to look beyond characterises us through each generation.

Berardi Bullonerie’s mission is to support customers in breaking down the overall cost of procurement and we achieve this by suggesting and sharing technical solutions, developing innovative services that cut management costs and offering an ever wider range of products allowing customers to reduce the number of suppliers.

This is achieved every day by the individuals who work with us and who we wish to maintain and help grow through personal satisfaction and motivation.

For this reason we are committed to: 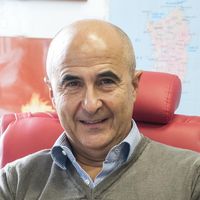 “We sell more than iron fasteners, we also sell the added value provided by Berardi Bullonerie employees. This is a group of companies that invoices tens of millions of euros but maintains the structure, mentality, style, humility, and passion of a small craftsman.”
Giovanni Berardi, owner

Loyalty from over
8000
customers

“We combine the idea of lowering the amount of costs between the customer and supplier with a series of logistics solutions that allow the elimination of all hidden costs in the procurement of our product”
Giovanni Berardi, owner

For Berardi Bullonerie, customer care is shown through activities with great added value:

Customers receive warehouse stock directly on the production line at the intervals and in the quantities established during the service planning phase, in which the Berardi team assists the customer in finding winning and competitive solutions.

Among the many advantages, the most important ones are: 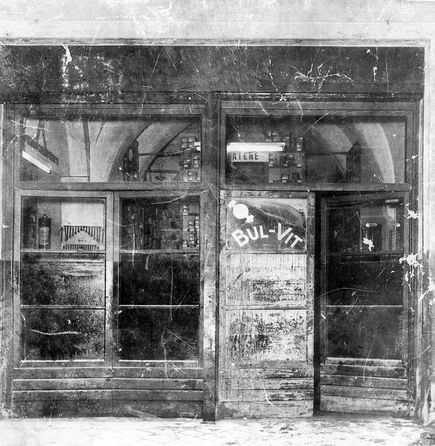 Berardi Bullonerie has been distributing fasteners and screws for four generations and has always been known for the high quality of its customer service.

The business began in 1919 with a small shop in Piazza Maggiore in Bologna.

In 1960, the shop became a distribution company and moved to a large equipped warehouse.

1984, with the transfer of the business to a 4,500 square meter warehouse with about 15 thousand items in stock, was the year that marked Berardi Bullonerie’s entry into the list of major Italian screw and fastener distribution companies.

Berardi Bullonerie is one of the first companies in the industry to have obtained ISO 9002 Certification  in 1995.. Over the years the company has updated its Quality System according to the new editions of the reference standards.

Thanks to the breadth of its product range and its punctuality and promptness in responding to the customer’s needs, Berardi Bullonerie distributes its products to national and international customers belonging to various industries.

The business guidelines are to reach maximum efficiency in order to ensure the customer quick and functional procurement of metal hardware.
The modern organization of the warehouse, dedicated software based on RF technology, transport network, and a team of individuals dedicated to customer care make Berardi Bullonerie a valued and reliable partner.

Guaranteed by our references

The best quality guarantee comes from our over 6000 customers, including: